On the 14th of June 2012 Canonical announced the Ubuntu App Showdown; an exciting contest to create an app from scratch for Ubuntu in three weeks, and delivered in the Ubuntu Software Centre.

The three week period starts on the Mon 18th June 2012 and if I’ll find enough time I’ll be glad to participate as it’s really a great opportunity to dive into Ubuntu development. 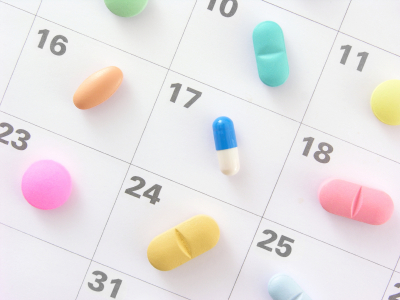 The application to help you track medication, treatment and appointment schedules.

I really wish everyone the great health and long lives, but if you find this app idea is interesting, please vote and leave your comments on reddit

While at home I’m mostly working on the PC, I also have a Dell i1300 laptop which is getting in handy when I need to leave my apartments for a while, i.e. visit my parents, grandma or participate in a hack-a-ton ;)

So, every time I’m switching from one device to another I’ve to address certain synchronization issues with a:

The first one could be easily addressed with a make script, which I can put into my dotfiles repository, or some integration framework like Chef or Puppet. But this approach still require some extra turnarounds which may looks a way complex for a casual user.

The second problem could be addressed with a rsync tool or some external storage service like Dropbox or UbuntuOne. But, again, the hardware configurations are pretty different, i.e. if I’d tried to keep the systems are identical the one day data from PC would overflow the capacity of my little Dell i1300, also, some project simply do not supposed to work on both systems. And the external storage services does work not quite good with a small files which I’ve a lot in SCM repositories.

So, the idea is to make an app to visualize and track system differences on demand. 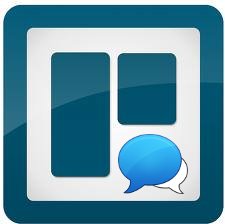 Trello is a collaboration tool that organizes your projects into boards. In one glance, Trello tells you what’s being worked on, who’s working on what, and where something is in a process.

The one thing I’m missing is a notifications, currently it limited to emails, but since I’ve it always open in the tab the email notifications not always sent. That’s makes me think that is having some simple desktop integration would be pretty nice.

Basically it would show libnotify bubble and allow you to reply to the messages in a chat alike window displaying entire card and previous comments.

Here is few more ideas which, I think, would be fun to code :)

GitHub team has already released the GUI apps for Mac and Windows, I guess the Linux will come next, but anyway that’s looks like a nice idea for a Ubuntu App Showdown.

Though someone already posted it here

The idea is to create soft phone app to make/receive calls/sms, order numbers and maybe some basic IVR capabilities right from Ubuntu desktop.

The weather you’re participating in contest or just a casual Ubuntu user we need you :) Please, find a few minutes to review the app ideas on the reddit UbuntuAppShowdown and vote for the ones you wanted to see in Ubuntu.

Or if you have a few more minutes, please think what the app you most wanted in Ubuntu and post your idea to reddit under the UbuntuAppShowdown hash tag.

Only with your help this contest would end up with a bunch of really useful apps rather then just for fun ones!!!

IMHO, the one thing the organizers missed is to establish the prize for the most interesting and/or most wanted idea and/or most active participants to motivate casual users to more actively participate in the contest ;)